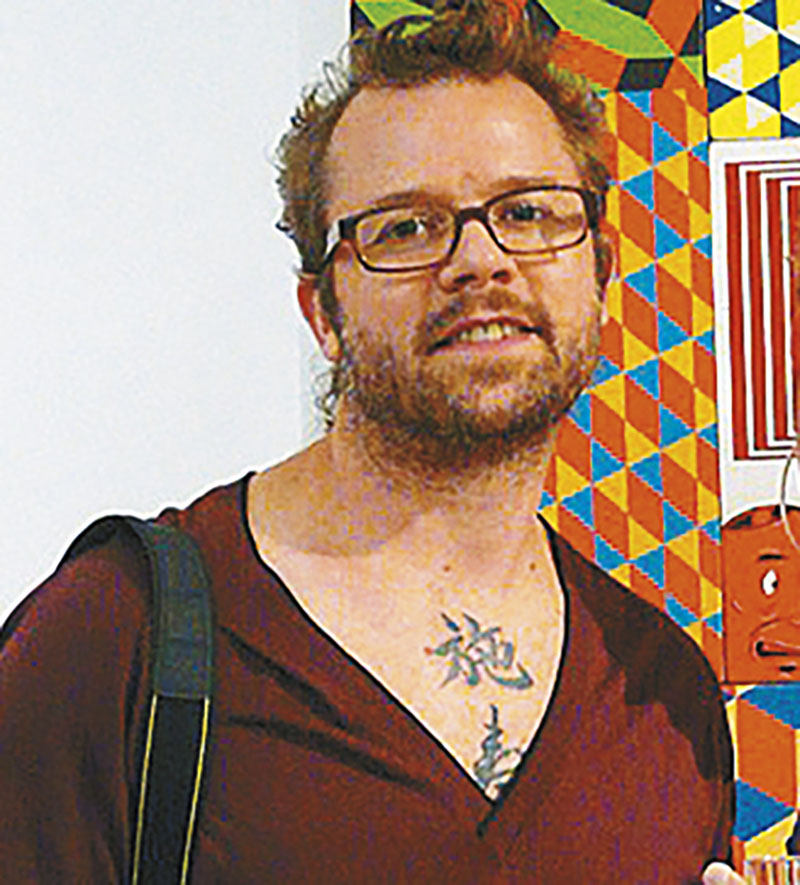 “[Coach Markoff] empowered me in a way that few others have done in my life, and enabled me to find a strength I never knew I had.”

Gallery owner, curator and magazine publisher, former independent film producer and publicist, dot-com entrepreneur and never-ending adventurer, Seth Carmichael ’92 is a creative and dynamic individual who has spent his life taking risks others would never take. By following an unorthodox path, Seth’s life has taken twists and turns that have been at times unexpected, but always fulfilling and ultimately successful.

Seth credits Maret for helping him develop a “multifaceted skillset [that he has] used again and again to adapt and survive,” particularly during ninth grade. “Three people really helped me stay at Maret and, more importantly, get my life together that year,” he recalls. “Bob Caiola (then assistant headmaster), Nick Markoff (then head of the Athletics Department) and my classmate Anne Clinton ’92.” While Mr. Caiola fostered Seth’s love for the outdoors, with Coach Markoff, he developed a passion for sports: “[Coach Markoff] empowered me in a way that few others have done in my life, and enabled me to find a strength I never knew I had, which has helped me to overcome many challenges in years since.”

After graduating from Maret, Seth ventured to the West Coast to attend Evergreen State College in Washington State; while he enjoyed the time he spent there, it made him realize that the education he wanted could only come from experience. He spent time traveling, taking workshops, going to seminars, and working various jobs around the U.S. until 1995, when his pioneering activity online led to a position at the Global Business Network (GBN), a think tank in Emeryville, California that had a well-known history of being at the cutting edge of technology. Seth explains, “I got very excited about the way the internet was changing our lives, and I started sharing that excitement with everyone I met.”

In 1996, Seth moved back to DC and started his first dot-com company. He rode out the early wave with several start ups, but decided to radically change his life again in 1999, just as everyone seemed to be getting in. An adventurer at heart, Seth spent all of his free time exploring, including mountain climbing in Ecuador, learning Brazilian Capoeira, studying homeopathy, and practicing sky diving before discovering his interest in independent filmmaking, a passion that was to take over his life for many years. He headed up to New York University in 1999, took some classes, and “did everything I could to open doors: spammed out my resume, drove trucks on commercial shoots, worked as a grip on industrial videos, served coffee, and waited countless hours in the cold telling people to keep quiet. It’s a hard business to break into and you have to be willing to say yes to anything, but I quickly discovered I had a knack for the production side of things, and my career actually took off very fast.”

From 2000–2005, Seth production managed, co-produced, and produced a number of independent feature films, including the 2004 Sundance Special Jury Prize winner, Brother to Brother, and the 2005 Showtime Original, Shooting Livien. “I discovered that I loved the film festival circuit as much as I loved making films and founded an independent film PR, sales, and marketing company that specialized in helping filmmakers navigate the global festival arena. I represented films at every major film festival from Sundance to Cannes, including numerous prize winners.”

In 2005, Seth moved to Los Angeles with his wife to work for Goldcrest Films International to help re-launch the company’s film, finance, production, and international sales divisions. In early 2007, Seth was approached by 20th Century Fox to manage acquisitions of independent films for the Home Entertainment division, but his life quickly took one more turn. With his wife Elisa, Seth decided to open an art gallery. He had some previous experience in the art world, having co-run a small gallery in New York in 2001, and had already begun to curate pop-up exhibitions in Los Angeles. This time, however, Seth wanted a place of his own. Today, Carmichael Gallery’s program includes a range of artists breaking ground in painting, mixed media, photography, and sculpture.