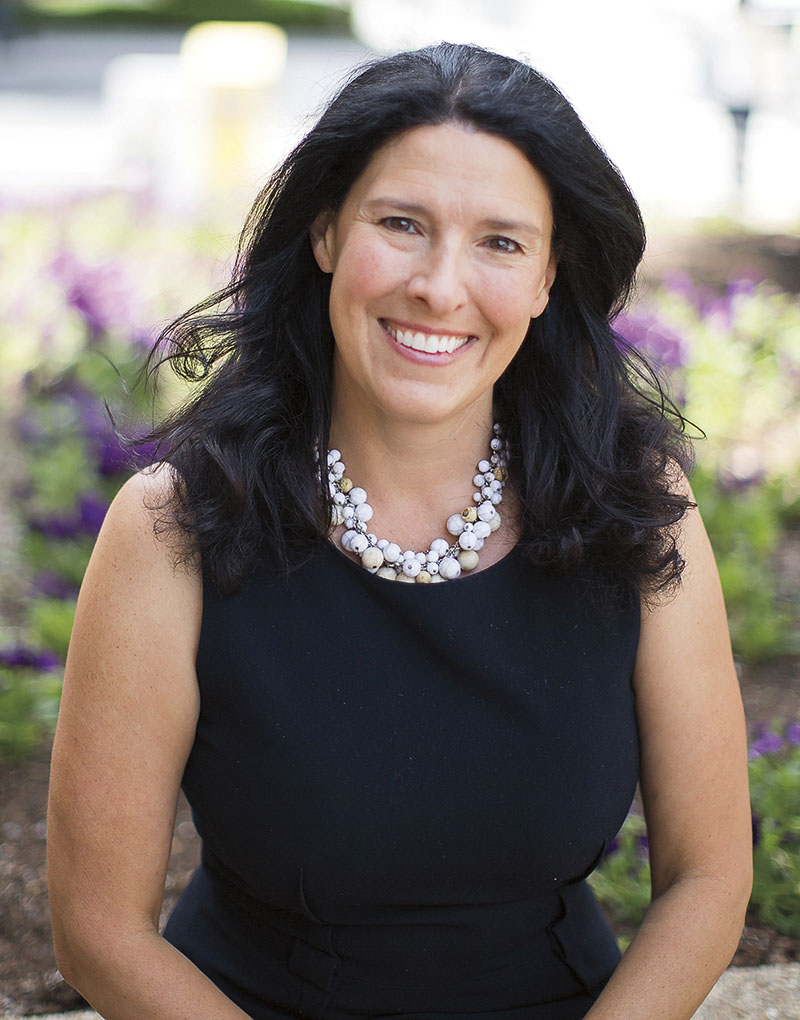 “I came to Maret in tenth grade, and immediately felt so comfortable that I ran for president of my class right away. I didn’t win, but I think it says a lot about the School that it was such a welcoming place for me.”

The most recent nonprofit that Susannah Beverly Wellford ’86 founded was aptly named—Running Start. An organization “designed to raise the political voice of young women in America,” Running Start has seen a tremendous amount of growth since its inception in 2007.

Running Start grew out of an organization that Susannah co-founded called Women Under Forty Political Action Committee (WUFPAC). Since 1999, WUFPAC’s mission has been to help young women, regardless of party affiliation, find their way to political office. It is the only national political action committee specifically focused on young women.

Under the auspices of Running Start, Susannah has created numerous programs. The Young Women Political Leadership Program trains high school girls in political leadership and advocacy. Susannah describes, “During this four-day program the girls listen to speakers, role play, practice public speaking, and learn about the role of women in politics.” Running Start also reaches out to college-age women through their program Campaign College (in conjunction with American University’s Women & Politics Institute and the American Association of University Women), which trains women to run for student government and helps them understand the importance of being involved in leadership. Running Start launched an initiative in September 2009 to bring college women to DC to intern for female political leaders. According to Susannah, “The goal of these seminars is to make entering the political world more accessible. The young women who attend these luncheons have the benefit of learning from candidates and legislators who are already in politics, and they also have access to a network of other politically-minded young women.” Susannah is passionate about her desire to see more women involved in politics and in leadership positions. She has traveled the country and the world to speak to organizations and students. In 2006, she traveled to Kuwait to meet Kuwait’s first female candidates and to advise them on their campaigns. Susannah has always had an interest in politics and her impact on women in the political world is far-reaching.

After graduating from Davidson College, she worked for Hillary Clinton’s Health Care Task Force in the White House and then went back to earn her law degree at University of Virginia.